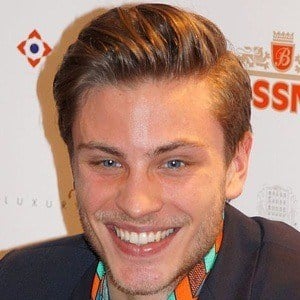 Film, television, and voice actor known for his roles in the telefilm Homevideo and the feature film Barbara. He has also had recurring roles in A Gurls Wurld and The Peppercorns.

One of his first major roles was voicing Justus Jonas in The Three Investigators and the Secret of Skeleton Island.

In 2016, he played Nicholas in the German drama Center of My World.

He was raised in Kirchwerder in Hamburg.

In 2017, he joined the cast of High Society alongside Iris Berben and Jannis Niewoehner.

Jannik Schumann Is A Member Of