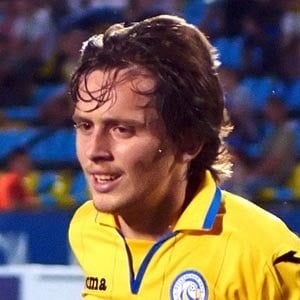 Attacking midfielder who has risen to fame for his international club career, including for Spartak Moscow beginning in 2009. He helped lead the club to the Moscow Premiere League title in 2017.

He has earned more than 40 caps for the Georgia national soccer team, for whom he debuted in 2009. He won the Russian Cup with Rostov while on loan from Spartak Moscow in 2014.

His parents' names are Amiran and Svetlana.

He and Luiz Adriano have played together as teammates for Spartak Moscow.

Jano Ananidze Is A Member Of