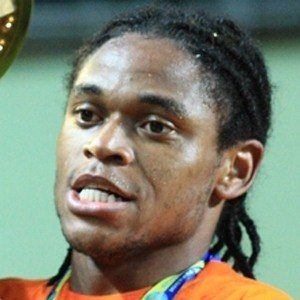 Striker best known for his years spent with Shakhtar Donetsk, scoring 77 goals in 162 appearances between 2007 and 2015. He spent the following year with AC Milan before transferring to FC Spartak Moscow.

He was brought up through the youth system of Internacional, his hometown club, and began his senior career with them as well.

His father worked at a chemical plant as a security guard, and his mom was a housewife. They divorced. He has brothers named Murillo and Fabiano, and sisters Patricia and Caroline.

One of his childhood idols was Ronaldo.

Luiz Adriano Is A Member Of