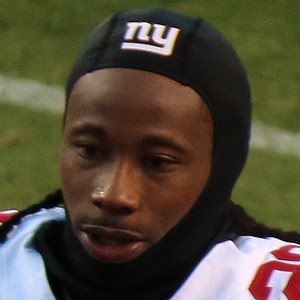 Cornerback who was a 2nd round selection of the St. Louis Rams in 2012. He made solid contributions during his first two seasons with 113 tackles, 21 pass deflections and 5 interceptions.

He set a Rams team record during his rookie season by returning two interceptions for touchdowns in one game.

He has three sons named Janorion, Janoris Jr. and Legend. He also has a daughter named Paris.

He had his first career interception in his first NFL game by picking off a Matthew Stafford pass.

Janoris Jenkins Is A Member Of