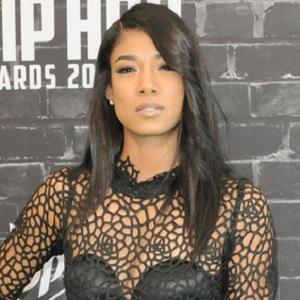 Born Jamila Akiko Chilombo, she is an R&B singer-songwriter, dancer, and rapper who has released music under the stage names Mila J and Japollonia. She has several EPs, including M.I.L.A. and Dopamine.

She and her sister were members of an R&B group called Gyrl during the 1990s.

She has appeared on tracks by artists such as Trey Songz, Marques Houston and Omarion, among others.

She grew up with four sisters and two brothers in a family of Dominican, Japanese, Spanish, African American, German Jewish, French, and Native American descent. Her sister is singer Jhene Aiko.

She was a back-up dancer in Prince's "Diamonds and Pearls" music video.

Mila J Is A Member Of