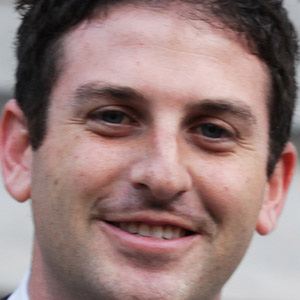 Google executive who also became an influential adviser to the State Department, focusing on deterring terrorism and radicalization.

He focused on history and political science during his time at Stanford University, and he hoped to become a U.S. national security adviser. He joined the State Department in 2006.

He was named to Time magazine's annual list of 100 Most Influential People in the World. At the same time he published a book about the future of digital technology.

He was born in Weston, Connecticut, his father a family therapist and his mother a real estate agent.

He was one of the few State Department advisers that Hillary Clinton kept after taking over the cabinet post from Condoleeza Rice.

Jared Cohen Is A Member Of