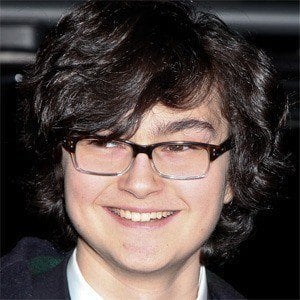 Actor best known for his role as Sam Shakusky in the Wes Anderson film Moonrise Kingdom. He was nominated for 2013 Young Artist Award for is work in the film. In 2016, he appeared in the film Paterson.

He went to Chatham Day School and Newark Academy in New Jersey.

He appeared in a commercial for Verizon Wireless.

He grew up in a Jewish family in South Orange, New Jersey.

He has done two films with Kara Hayward: Moonrise Kingdom and Paterson.

Jared Gilman Is A Member Of