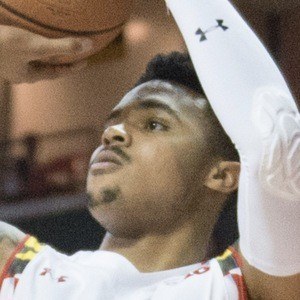 6'7" swingman who joined the Maryland Terrapins as part of the 2014 recruiting class. He quickly established himself as a rotation player, averaging nearly 20 minutes per game in both of his first two seasons on campus.

He attended Westtown School, where he was a four-star prospect and ranked as one of the top 100 players nationally by Rivals, Scout, and 247 Sports.

His last year in high school, he was named Player of the Year by the Daily Local News.

He was born to Robert Nickens and Robbi Jones and grew up with a pair of older brothers.

He became teammates with point guard Fab Melo at Maryland.

Jared Nickens Is A Member Of