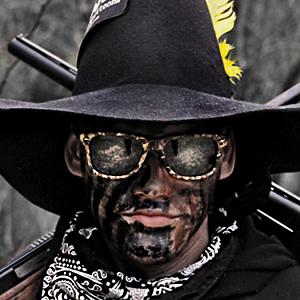 Simply known as Outlaw, he is well known for his YouTube channel outlawdipper, where he posts unorthodox and unique videos that range from hunting in Kentucky to fighting with a picture of John Wayne on his wall.

He lived in Alaska, where he worked on the Bering Sea as a fisherman until the aches and pains of the job caught up with him.

He started entertaining on YouTube in 2007. The slogan of his show is "Keep It Frikin' Hillbilly."

He was born in Sarasota, Florida. He has a younger sister.

He's featured Ryan Upchurch, aka Upchurch the Redneck, on his YouTube channel.

Jared Outlaw Is A Member Of