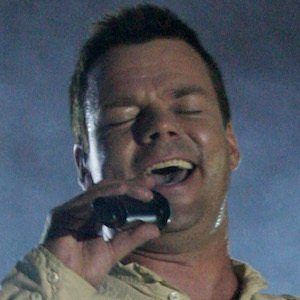 Swedish-born Finnish singer known for being one of Finland's best-selling musical artists of all time, with more than 800,000 records sold.

He burst onto the music scene in 1995 by winning the Seinäjoki Tangomarkkinat Tango Contest. He then released his self-title debut album.

He was named Male Soloist of the Year in 1998. He represented Finland at the 2004 Eurovision competition.

He was born to Raimo and Raija Sillanpaa. He came out as gay in 2006.

He and Samuli Edelmann are two of Finland's best selling singers.

Jari Sillanpaa Is A Member Of