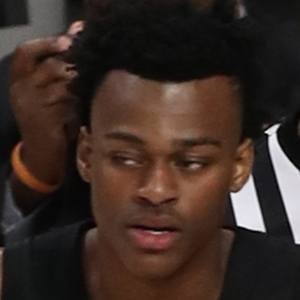 Basketball player who rose to fame playing the small center position for the University of Kentucky Wildcats. During the 2017 season he was selected as a McDonald's All-American player.

During high school he played for Victory Prep in Texas.

He was considered one of the top athletes in the 2017 recruiting class.

He is the son of Gwendolyn and Robert Vanderbilt.

Jarred Vanderbilt Is A Member Of