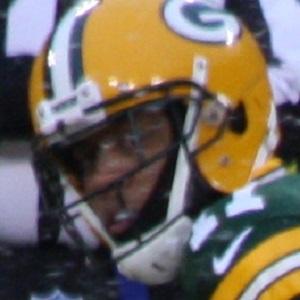 NFL receiver who found a role for the Green Bay Packers after being undrafted in 2012. He had 49 receptions, 681 yards and 3 touchdowns during the 2013 season.

He set a Virginia Tech career records for receptions and yards before moving on to the NFL.

His parents are Harold and Aretha Harrison.

He had his first career touchdown from an Aaron Rodgers pass in 2013.

Jarrett Boykin Is A Member Of