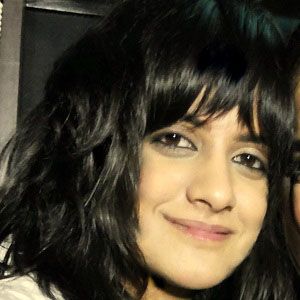 Indian singer-songwriter who gained national attention through her appearance on the reality singing competition India's Got Talent in 2009. She has since gone on to release popular tracks like "Panchi Ho Jaava."

She taught herself to play music and began teaching others at age fourteen.

She performed at the L'Oreal Paris Miss Femina (India) Awards in 2014.

Her full name is Jasleen Kaur Royal and she was born in Ludhiana, Punjab.

She wrote music for the 2014 film Khoobsurat, produced by Rhea Kapoor.

Jasleen Royal Is A Member Of