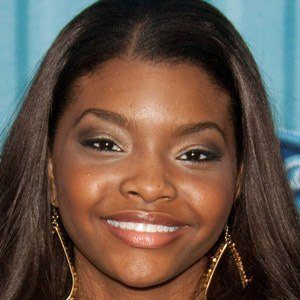 Mississippi-born singer and reality television contestant who competed on American Idol's eighth season. She was also a 2007 contestant in the Miss America Outstanding Teen Pageant.

She started singing when she was just three years old and later enrolled at the Mississippi School of the Arts.

She was the fifth child born to Lisa Murray. Her mother's had severe pregnancy complications and Jasmine barely survived her own birth.

She was inspired by the musical career of Christina Aguilera.

Jasmine Murray Is A Member Of