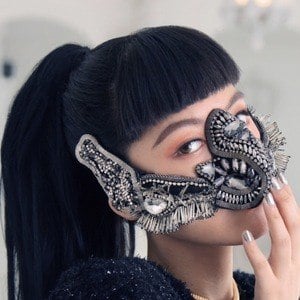 Electronic music singer-songwriter who is known for her popular singles "TIRED", "HURT", and "Porcupine". She is also recognized for having been a contestant on the music talent competition series Rave Now on the Tencent Video streaming service.

She released her debut single "1057" in 2016 which she both wrote and produced. She then earned representation from Warner Music Singapore and released her first studio single "HURT" in 2018.

She is known for being one of the most-streamed Singaporean female singers on Spotify in the year of 2018.

She shared a video experimenting with virtual reality glasses to her Instagram with radio hosts Sonia Chew and Joakim Gomez in March of 2019.

Jasmine Sokko Is A Member Of