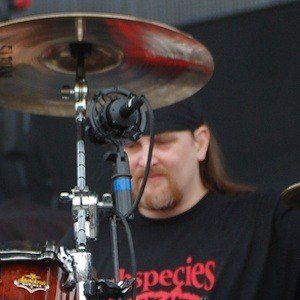 Drummer for a variety of bands including Diecast and All That Remains.

With an interest in music at a young age, he began playing professionally when he joined the band Diecast in 1997.

He replaced Shannon Lucas as the drummer of All That Remains where he released the single The Last Time with the band.

He was born and raised in Quincy, Massachusetts.

Jason Costa Is A Member Of