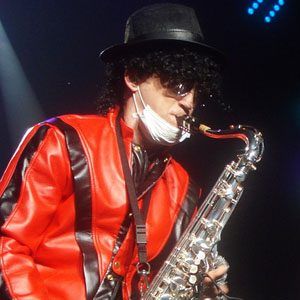 He started playing with his brother as part of The Vandals.

He has toured with Green Day, has recorded with the Goo Goo Dolls, and has done backing vocals for Englebert Humperdinck.

He played the saxophone on rapper Busta Rhymes' 2006 album, The Big Bang.

Jason Freese Is A Member Of