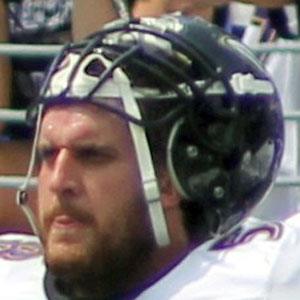 Linebacker who was a fifth round draft pick of the Baltimore Ravens before joining the Carolina Panthers and Philadelphia Eagles.

He played multiple positions in high school, including quarterback and long snapper, while also running the 110 meter hurdles.

He suffered a major career set back in 2010 when he tore his right ACL.

He played for his father Jim in high school.

He played the first two years of his career learning from veteran linebacker Ray Lewis .

Jason Phillips Is A Member Of