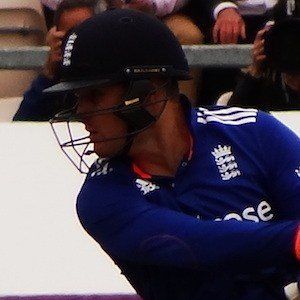 English batsman who had a breakout season with Surrey in 2010 and has also played with teams like the Chittagong Kings and Sydney Thunder. He made his Twenty20 international debut for England in 2014 and his One Day International debut in 2015.

He moved from South Africa to England with his family at age 10. He attended Whitgift School and began representing Surrey at the Under-11 level.

In 2010, he made history by becoming the first Surrey batsman in Twenty20 cricket history to score an unbeaten century.

He was born in Durban, Natal, South Africa.

He has played alongside English spin-bowler Gareth Batty at Surrey.