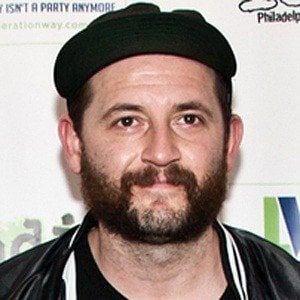 Drummer most famous for his multiple stints as a member of the Alaskan indie rock act Portugal. The Man. He has performed on some of the band's most acclaimed releases, including American Ghetto and In the Mountain in the Cloud.

He grew up listening to artists like David Bowie and Van Morrison. He joined Portugal. The Man in 2005.

He played percussion on the self-titled The Builders and the Butchers record in 2007.

He has performed alongside singer John Baldwin Gourley as a member of Portugal. The Man.

Jason Sechrist Is A Member Of