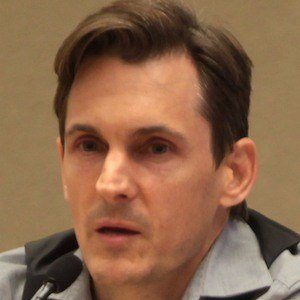 Best known for his career as a voice actor in video games and animation. He has voiced various characters in the video games Mafia II, Lego Jurassic World, and Dead Rising, amongst a litany of others.

He earned his first voice acting credits in 1995 for his work on the anime series Kaitou Saint Tail. He dubbed 15 total episodes that year.

In 2010, he appeared as a hipster in the film Everything Must Go alongside Will Ferrell. Between 2011 and 2013, he voiced the characters Razer and Veon on the DC Comics show Green Lantern: The Animated Series.

He was born and raised in Wilkes-Barre, Pennsylvania.

In 2016, he voiced alongside Jason O'Mara in the DC Comics animated film Batman: Bad Blood.

Jason Spisak Is A Member Of