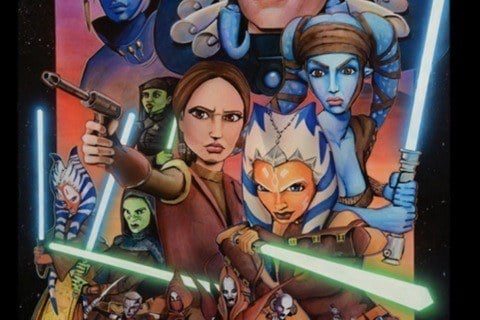 Based on the Star Wars franchise, the series is set in the years between Attack of the Clones and Revenge of the Sith. It recounts the events of the Galactic Republic's last major war.

The show took place during the same time period as the previous 2D 2003 TV series Star Wars: Clone Wars. It was followed by Star Wars Rebels.