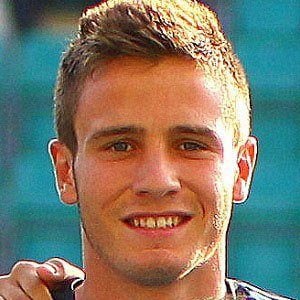 Spanish soccer player most famous for his time with Atletico Madrid. He has won multiple titles with the team, including the La Liga and Copa del Rey titles.

He was born in Madrid and played youth soccer for his hometown club Real Madrid from 2004 to 2007.

He was out for a month after suffering a neck injury while competing for a ball with Portuguese superstar Cristiano Ronaldo in 2014.

He has a twin brother named Victor, who is also a soccer player.

He has been teammates with English striker Rickie Lambert at Liverpool FC.

Javi Manquillo Is A Member Of