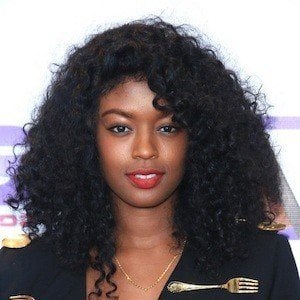 Most Popular#42633
Born in Augsburg, Germany#6
Actress Born in Germany#26

Film and television star who first rose to fame playing Monisha in Chef Julian and later began starring as Ali in God Friended Me. In 2020, she was cast as the title character in the second season of the CW series Batwoman.

At only four years old she began her acting career appearing in theatre productions and commercials.

During college she began doing the pageant circuit, winning the title of Miss Hampton University during her junior year.

Born in Germany, she was raised in Upper Marlboro near Washington, D.C.

In the thriller Killer Coach she stars alongside Keesha Sharp and Tom Maden.

Most Popular#42633
Born in Augsburg, Germany#6
Actress Born in Germany#26