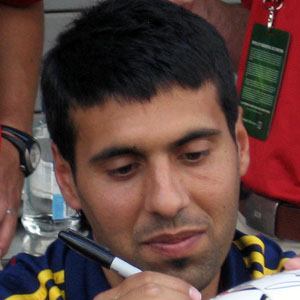 Argentine midfielder who was an MLS All Star in 2009 and 2010 as a member of Real Salt Lake. He spent four seasons with Arsenal and played for Instituto and UD Vecindario before joining Real Salt Lake and beginning his MLS career in 2007.

He began his professional career with Argentina's Lanus in 1998.

He had a son named Santiago with his wife Noelia.

He and goalkeeper Nick Rimando both joined Real Salt Lake in 2007.

Javier Morales Is A Member Of