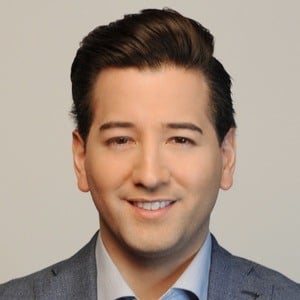 Newscaster and radio host best known as one of the anchors of Univision's popular Digital Edition. He left the program in 2018 after producers did not renew his contract.

He's been interested in journalism since he was a child and produced his first local television program at the age of 12. He moved to the US as an adult.

Digital Edition was conceived in 2016 as a show Univision advertised would be the first of its kind to be simulcast on both digital/social platform as well as broadcast.

His co-host on Digital Edition was Carolina Sarrassa.

Javier Olivares Is A Member Of