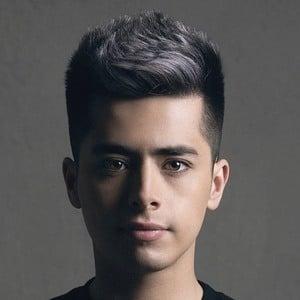 Colombian social media star, actor and presenter who is widely known for his self-titled YouTube channel. He's also popular on TikTok, where he's earned over 6 million fans on his javierramireze1 account for his comedic videos. He's starred in many TV series such as Floricienta, La Pola, Mentiras Perfectas and El Man es Germán.

He has amassed more than 4.7 million subscribers to his YouTube channel. In 2019, he attended the premiere of Netflix original series Money Heist in Bogotá and in June of that same year he attended the MIAW awards. He's part of the Oxigenados Squad.

He has collaborated with various other Colombian online personalities, such as Sofía Castro, Mafe Méndez and Amara Que Linda.

Javier Ramírez Is A Member Of