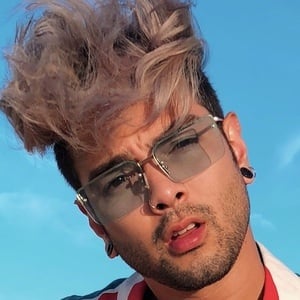 Dominant personality on social media with more than 5 million Instagram followers and 4.4 million likes on Facebook, he also creates video blogs on his JaramiShow YouTube channel.

He began his YouTube career in 2008, but didn't post an introductory video to his JaramiShow channel until September 25, 2011.

He exceeded 5 million subscribers on YouTube and also had a significant presence on Vine before the app was shut down.

He has a sister named Carolina and a brother named Juanes who are also active on YouTube. He was in a relationship with fellow popular YouTuber Cristobal Pesce. He has a pet dog named Morty.

He has collaborated on videos with fellow web star Juana Martinez.

Juan Pablo Jaramillo Is A Member Of