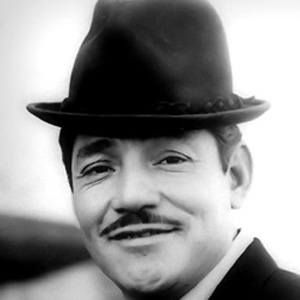 Mexican singer and actor best known for his Bolero-Ranchera songs.

He was born Gabriel Siria Levario to a butcher father and trader mother, but was raised mostly by his aunt and uncle.

He died at the young age of thirty-four, following an unsuccessful gallbladder surgery.

He was married to Blanca Estela Saenz, a dancer who he met in Mexico City.

He and actor Pedro Infante were members of a prominent group of Mexican entertainers known as the "Three Roosters."

Javier Solís Is A Member Of