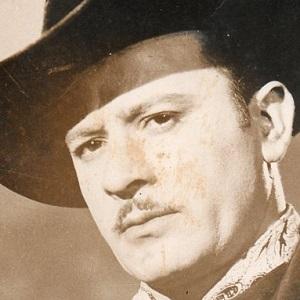 He has been called one of the most important actors in the Golden Age of Mexican cinema, appearing in over 60 films. His credits include We The Poor, You The Rich, and Mexicans at the Cry of War.

He was a talented musician as a teenager, learning to play string, percussion, and wind instruments.

He was awarded the Silver Bear for Best Actor at the 7th Berlin International Film Festival for his performance in the film Tizoc.

His father, Delfino Infante García, was a musician who played double bass. He was married to Irma Dorantes from 1953 until 1957. He and Irma had six children together.

Pedro Infante Is A Member Of