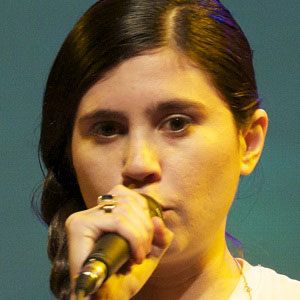 Chilean electropop musician who won international acclaim with singles like "Al Siguiente Nivel," which was named the best single of the 2000's by Club Fonograma. The website also gave her second album, Mena, the first perfect 100 rating in the site's history.

She played her first concert at the University of Chile at age 17. She was later a member of the duo Prissa from 2003 to 2006.

Her album Mena was named as the Breakthrough Album of the 2010 by iTunes Mexico.

She has a brother named Gonzalo.

She appeared on the Julieta Venegas song "Vuelve" in 2013.

Javiera Mena Is A Member Of