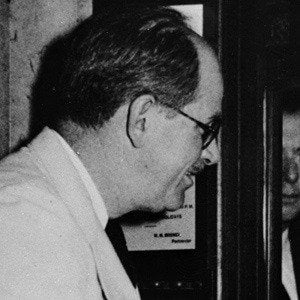 Cartoonist who won the Pulitzer Prize for Editorial Cartooning twice: once in 1924 for his cartoon, In Good Old USA, and also in 1943 for What a Place for a Waste Paper Salvage Campaign.

He became a reporter for the Sioux City Journal in 1900, and then joined the New York Herald, where he began drawing editorial cartoons.

He created the Federal Duck Stamp program to raise money for protection of migratory birds, and drew the first stamp.

He married Genevieve Pendleton in 1906.

President Franklin D. Roosevelt appointed him to head up the U.S. Biological Survey, the predecessor of the U.S. Fish and Wildlife Service.

Jay Norwood Darling Is A Member Of