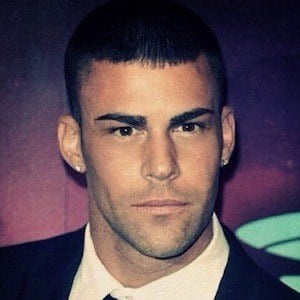 Former star and original cast member of the MTV reality show Geordie Shore, who was featured in series 1 through 3. He made brief returns to the show in series 6 and 7.

He first became known when Geordie Shore premiered on May 24, 2011.

He gave up football when his social life started to gain traction.

He was born in Gateshead, England. He began dating makeup artist Rachel Elizabeth in 2015.

Both he and Rebecca Walker left after series 3 of Geordie Shore.

Jay Gardner Is A Member Of