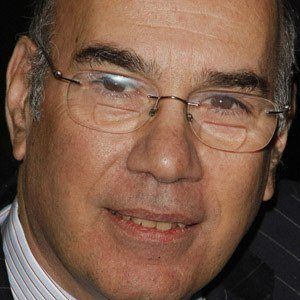 Poet and novelist whose works have been published in The New Yorker and The Atlantic, among other prominent literary journals. His poetry collections include Anthracite Country and House of Days; his notable novels include The Last Station and Benjamin's Crossing.

After graduating from Pennsylvania's Lafayette College, he received a Ph.D. from the University of St. Andrews in Scotland. He published his debut poetry collection, Singing in Time, in 1972.

He taught at both Dartmouth College and Middlebury College.

He grew up in Pennsylvania. He married writer and psychologist Devon Jersild.

His novel The Last Station was adapted into a film starring Helen Mirren.

Jay Parini Is A Member Of