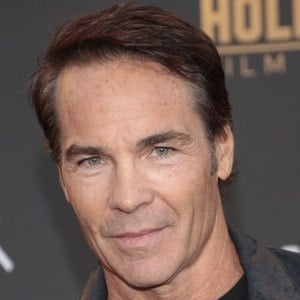 He became known for appearing in the TV shows Rags to Riches, China Beach, Dragnet, Jake and The Fatman, and Perry Mason.

He attended Boise State University and earned an MFA in acting from UCLA.

In 1997, he appeared as Frank Scanlon on the ABC Daytime drama, Port Charles.

He married Elena Pickett in 1986 and together they had three children: Tyler, Maegan, and Michaela Pickett.

He appeared in the soap opera Days of our Lives with actress Kristian Alfonso.

Jay Pickett Is A Member Of