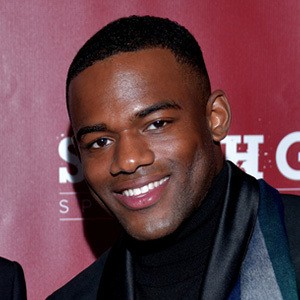 American actor who is best known for playing Shawn Scott in the TV show All American. He has also acted in projects like Throwback Holiday and K.C. Undercover. In 2019, he portrayed Andre on the series A Girl Named Jo.

One of his initial acting jobs was in the 2014 TV series Jewvangelist.

He worked as an associate producer on the TV show Monogamy or Me. He appeared as himself in the short film Open Your Heart.

He hails from Newark, New Jersey. He was homeless for a brief period after he left school at Pasadena City College to pursue acting.

He has acted with Taye Diggs in the TV series All American.

Jay Reeves Is A Member Of