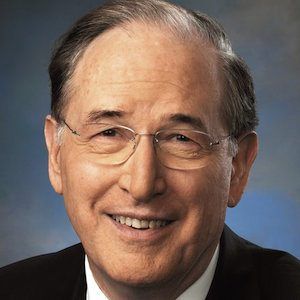 Democratic politician who became a United States senator from West Virginia in 1985 after serving the state as it's governor for two terms. He has served as the Chairman of the Senate Committee on Veterans' Affairs multiple times.

He graduated from Harvard College in 1961 with an A.B. in Far Eastern Languages and History before working for the Peace Corps.

Amongst the prominent six-generation Rockefeller family, which had a reputation for being a traditionally Republican dynasty, he became the first to hold office as a Democrat.

He has four children with his wife, Sharon Lee Percy, who he married in 1967.

The legendary oil tycoon John D. Rockefeller is his great-grandfather.

Jay Rockefeller Is A Member Of