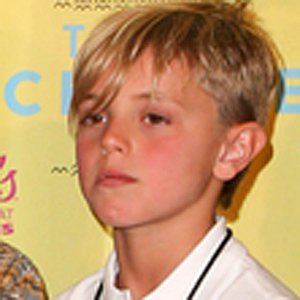 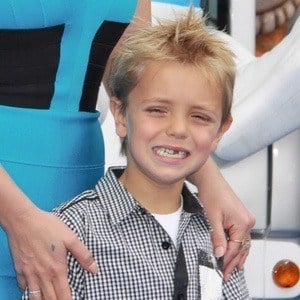 The younger son of pop singer Britney Spears and dancer/rapper Kevin Federline. He was transferred into his father's custody in 2008 after his parents divorced in 2007.

His parents started dating two years before his birth and married just three months into their relationship.

His parents were the stars of a 2005 reality series titled Britney & Kevin: Chaotic.

His older brother, Sean Preston Federline, was born on September 14, 2005. Through his father's marriage to Victoria Prince and earlier relationship with Sharisse Jackson, he has several half siblings, including sisters named Kori, Jordan, and Peyton and a brother named Kaleb. His cousin is Maddie Briann Aldridge, who is the daughter of Jamie Lynn Spears.

His maternal aunt, Jamie Lynn Spears, was the star of the Nickelodeon series Zoey 101.

Jayden Federline Is A Member Of