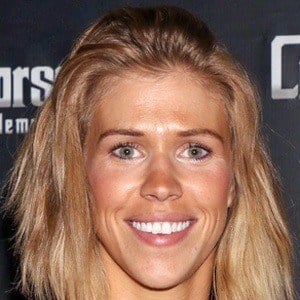 Best known as the wife of dancer and model Kevin Federline. The two tied the knot in summer 2013.

She used to be a professional volleyball player before becoming a teacher.

She became a step-mother to Kevin's children Jayden, Sean, Kaleb and Kori.

She and Kevin have two kids of their own, Jordan and Peyton.

Victoria Prince Is A Member Of