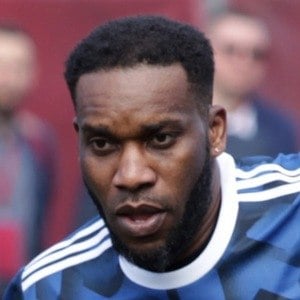 Nigerian midfielder who became known for his superb dribbling skills. He was a member of the Nigerian national team from 1993 to 2006.

He began his professional career with Borussia Neunkirchen in 1990.

His nickname Jay-Jay was immortalized by a chant developed by Bolton Wanderers fans in the four years he spent with the team.

He raised two children with his wife Nkechi. His older brother Emmanuel also played football for the Nigerian team.

He retired from the Nigerian national team in 2006, five years before Emmanuel Emenike would make his first appearance for the squad.

Jay-Jay Okocha Is A Member Of