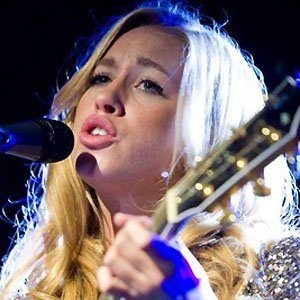 Pop vocalist who released the single "Rules," which was featured in the film series The Hunger Games.

She sang for her father's church congregation every Sunday growing up.

She released her debut EP, Broken Record, in 2013.

She gained YouTube fame for covering songs from several artists, including Katy Perry.

Jayme Dee Is A Member Of