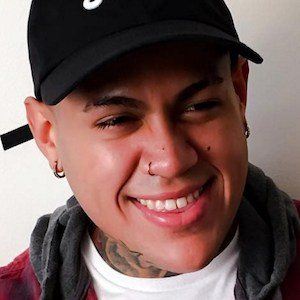 Rapper who has found a substantial following through YouTube, attracting more than 470,000 subscribers to his channel. His debut mixtape, Let Life Begin, was released independently in 2014.

He grew up in Chicago, Illinois.

His video for the song "Fall For Your Type *Remix*," recorded on a phone from the back seat of a car, received more than 1,500,000 hits on YouTube.

His father began serving a long-term prison sentence before Jay's birth. Let Life Begin was released on his father's birthday, September 29th. On his Facebook page, he and his brother performed a cover of the song "Snuff" by Slipknot.

He and Kevin Lavell are both Illinois-born rappers who gained popularity on YouTube.

JayteKz Is A Member Of