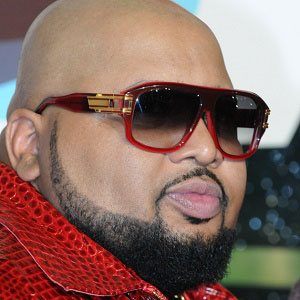 Producer, songwriter and rapper who has had a hand in the creation of hit singles by some of Southern hip-hop's biggest names, including Outkast, Ludacris and Birdman. He is also the founder of the record label Sho'nuff Records.

He was born and raised in Memphis, Tennessee. He started gaining major attention in 1995 by producing music for Erick Sermon.

His birth name is Phalon Alexander. He was named in honor of Phalon Jones, a member of the influential soul act The Bar-Kays, who was killed in a plane crash in 1967.

His father is James Alexander, bassist for The Bar-Kays. His mother is singer Denise Williams.

He signed Grammy-winner Ciara to his Sho-nuff Records label.

Jazze Pha Is A Member Of