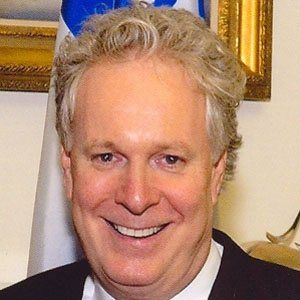 Quebec Liberal Party politician who served as Premier of Quebec during the first decade of the 2000s and as Deputy Prime Minister of Canada during the early 1990s.

He studied at the Université de Sherbrooke and began practicing law in Quebec in the early 1980s.

During his service in the Canadian Parliament, he was a member of the Progressive Conservative Party; he later shifted his political allegiance to the Quebec Liberal Party.

He was born in Sherbrooke, Quebec to a family of Irish and French heritage. He married Michèle Dionne in 1980; the couple subsequently raised two daughters and one son.

In his late twenties, he served in the Cabinet of Progressive Conservative Party Prime Minister Brian Mulroney.

Jean Charest Is A Member Of