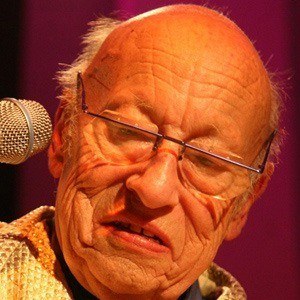 Electronic music producer and member of Perrey and Kingsley.

He originally was studying medicine, but quit medical school to pursue music.

His song Chicken on the Rocks was used in South Park, and he also released the CD Destination Space, a collaboration with Dana Countryman, in 2008.

He grew up in France with his family before traveling with George Jenny to demonstrate the keyboard.

He and Kingsley were honored by the Beastie Boys, a group that included vocalist and guitarist Adam Horovitz, with The In Sound From Way Out, which was a tribute album to Perry & Kingsley.

Jean-Jacques Perrey Is A Member Of