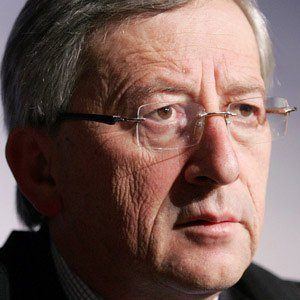 Luxembourgish politician who served as 23rd Prime Minister of Luxembourg from 1995 to 2013. He became the longest-serving head of government of any European Union state.

He attended the University of Strasbourg, earning a Master of Law degree in 1979.

He received the Vision for Europe Award in 1998 and became an Honorary Senator of the European Academy of Sciences and Arts in 2009.

He conversed with Barack Obama on issues of foreign policy.

Jean Claude Juncker Is A Member Of