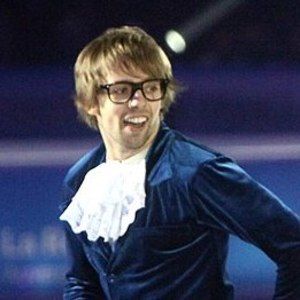 England-born American figure skater and ice dancer known for his partnership with Katilin Hawayek, which resulted in World Junior and US National Junior championships in 2014.

He started skating when he was two, five years before he would get his tae kwon do blackbelt. He originally performed in singles before competing in ice dancing.

He won a juvenile and intermediate US Junior Championship with his original partner, Joylyn Wang.

He was born to figure skaters Sharon Jones Baker, who was an English Olympian in 1988, and Stephen Baker, who competed at the 1976 World Junior Championships.

Jean-Luc Baker Is A Member Of