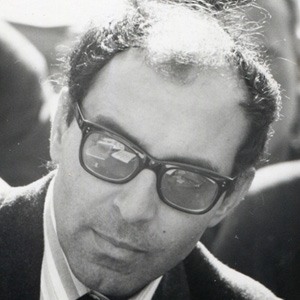 French New Wave director best known for such films as Pierrot le Fou, Breathless, Band of Outsiders, Alphaville, and My Life to Live. His cinematic awards include an Honorary Cesar, an Honorary Academy Award, and the Prix Jean Vigo. The last feature film he directed was Goodbye to Language in 2014.

He wanted to study anthropology at the University of Paris (Sorbonne), but became involved in film-making instead.

He began his film career as a critic for the influential French magazine Cahiers du cinéma. His first review was published in 1952.

His first marriage, in July of 1967, was to Anne Wiamzemsky. His later wives were Anna Karina and Anne-Marie Mieville.

He directed star actor Jean-Paul Belmondo in the 1960 film Breathless.

Jean-Luc Godard Is A Member Of