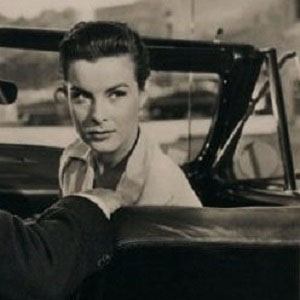 American film star best known for her roles in films like 1953's Pickup on South Street as well as her marriage to eccentric director Howard Hughes. She famously disliked the fame associated with being an actress, living in relative anonymity from the late 50' onward.

She grew up on a farm in East Canton, Ohio. She was named Miss Ohio in 1945 and landed a 7-year contract with Fox shortly thereafter.

She did not act from 1957 to 1971, retreating from the limelight and studying Psychology and Anthropology at UCLA.

Before marrying Howard Hughes, she was married to oilman Stuart Cramer for a matter of months. After divorcing Hughes in 1971, she married 20th Century Fox executive Stan Hough.

She was a close friend of Marilyn Monroe, with whom she starred in films like 1951's As Young as You Feel.

Jean Peters Is A Member Of