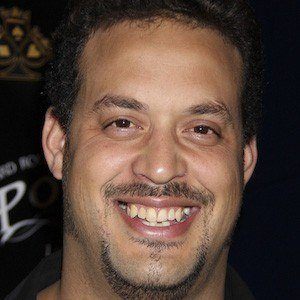 Professional poker player known for suffering bad beats as well as living an extravagant lifestyle while seemingly perpetually broke. His "broke living" motto has become a part of his persona. The TV show Poker After Dark named him the unluckiest player in the show's history.

Grew up in Taiwan and studied at Azusa Pacific University. His first major poker appearance was in a 2005 World Series of Poker circuit event.

His best finish was as the runner up in the 2008 World Series of Poker. He's reportedly won more than $1 million playing poker in his career. He speaks French, English, and Mandarin.

His parents were Haitian immigrants to New York. His mother served as a Christian Missionary in Taiwan, where Bellande moved when he was five.

He was on Survivor: China with Todd Herzog, and wound up voting for Herzog after he was sent to the jury.

Jean-Robert Bellande Is A Member Of